heatchecknba
Lebron James admitted 1 thing to Luka Doncic after their deathmatch, and that is…:
But it was the King who got the victory with the help of a genius play call that took it into overtime, that I will break down for everyone. What up everybody my name is Stefan and this is Heat Check. Let’s get into it.
To understand what happened at the end, we need to backtrack a little and see how the game developed. Trust me it will all make sense in 1 minute.
First of all, One of the reasons why James told Doncic what he told, is this- he absolutely dominated the Lakers off the Pick and Roll.
Right off the start, Luka gets the screen, keeps the dribble and attacks Mcgee, giving enough time to Powell to roll and the easy dunk on the first play.
When the Lakers adjusted and rotated down low as you see Kuzma right here, look at this quarterback vision and passing skills by Doncic to deliver a pass right on the money for the open 3. This is some Jason Kidd stuff right here done by a sophomore.
Again, in crunch time, he doesn’t panic, stays patient as he receives the screen and look at this slow attack before the lob, just in time for Powell to catch and finish. Crazy control of the pace.
Oh, and if you don’t wanna switch and help out on the screen, you know that this is what’s going to happen.
Doncic finished with a triple double of 31/13 and 15. Monster numbers!
But getting back to the game, all of this that I showed before, is why Dalas got the lead with 30 seconds to go.
As Powel sets the screen and rolls, all that Luka has to do is a little pass fake, and causes Davis to react opening up the opportunity for a blow by and a layup. So as he goes inside, the entire LA lineup closes down the lane for him, leaving a wide open shooter in the corner, and Dorian Finney Smith hits this clutch 3 pointer giving the Mavs the lead.
All this plus a missed free throw at the end, kept the door open at 3 point deficit and finally set up the play that saved the Lakers in this game.
So here’s the thing: Lebron was outmuscling and outrunning the Mavs throughout the entire game, on his way to his own triple double. 39/12 and 16 unreal numbers for the king. It was pretty simple. Blowing past big guys with his speed like he does right here. And barreling his way to the rim whenever he had a quicker but smaller guy on him as you can see right here.
So on that final play Dalas was right to be focused on him. But it was a bit too much.
As he gets the ball and starts his drive, there are less than 4 seconds on the clock, probably about 2 by the time he lays it in. So with no time outs left for the Lakers, why are the Mavs afraid of these 2 points? Check this out:
Maxi Kleber rotates to help, and meanwhile, Howard sets a screen, and in this situation gets away with a blatant and horrible foul, which gives Danny Green an open look in the corner.
The more basketball savy viewers already recognize this play called a Hammer, which Popovich ran it a lot for Danny Green himself in San Antonio.
It’s a misdirection play for the shooter to receive a screen in the corner as the defense is focusing on the strong side.
I love these genius little tricks by the coaches at the end of games, which obviously can produce brilliant results. But again, I have to stress the foul that went uncalled here in this situation and cost Dalas the game.
In OT, the dynamic duo of Lebron and AD was too much to handle, as the Lakers were able to come up with the victory at the end, but great effort and great start overall by Luka Doncic and the Mavs overall who I really need to do a dedicated video on, to break down their strong start this season.
That’s it for now, if you liked this video, subscribe and hit the notification bell so that you don’t miss my future in depth analysis. Talk to you in the next one. Peace out.

Hey man, i really hope you are doing okay. all star game and all and you haven't made a video. we looking forward to your stuff man. pls come back soon

Hey man, i really hope you are doing okay. all star game and all and you haven't made a video. we looking forward to your stuff man. pls come back soon

C'mon with the Luka vids

Luka All star game i am calling it

You've got the best basketball videos on youtube. Keep it up Stefan!

Your analysis on those Doncic passes are amazing. Even I didn't know the consequences had he passed it to other players lmao. I thought he was just passing to whoever he see is open. Truly this guy's basketball IQ is underrated

DONČIČ IS The biggest gay in SLIVENIA

Luca, its a next lebron james,, they are likely they same. There so awesome

You're a Bad Mother Flopper u mean?? U forgot to mention all of his obvious flops

He needed stitches in the back of his head and was bleeding. gtfoh

lol, both are masters of flopping :)

I never noticed the foul til now, no one on tv said anything about it

Luka all day. Has been Lebron sux. Wanna be Mike in a weaker league. MJ the King and Luka is Bird 2.0!!!!

If you get that praise from the best play maker of all time .. you are somebody special

We watched this game.

Can you not heart every single comment it really loses its value.

How many shots did he take that game?

Great video. What program do you use to write on screen with your videos?

Wow dude I thought this guy was David Beckham!

DONCIC is BEAST🔥💯🙏 Lebron respect after game tells ALL❤

I dont understand the refs, they call every minor foul for 46 minutes but they let play like street for the last 2 min

November defense is allstar game-esq... Guys are trying to play the next 70 games not watch from a suit.

Imagine, You're a young boy wishing to go to the NBA, but right now, One of your childhood herose just told some amazing and respectful words to your game as a sophomore. That's so amazing for Luka!

Why did the mavs' coach not challenge the play?

You can't challenge a no call.

What is it with these nba video titles lately" you didnt see, what they didnt tell you, they lied to you.." Etc 😂, great vid tho bro

"this is a Jason Kidd stuff done by a sophomore" - here the problem: Lack of appreciation of European basketball. Luka's game grew in the Euroleague which isn't valued by Americans. We've seen this so many times. Is this being disrespectful or ignorant?

Luka eats them all for breakfast

And Luka, my man, is still so young..

that was foul by howard fuck. luka would be the youngest mvp

I keep telling people that if Kristaps expanded his game the could have the younger version of Lebron/AD pick n roll. But KP is just playing in his comfort zone.

West conf is not run through LBJ!!

Why is this channel in my recomended i dont like sports, but i am from the same country as Luka

gonna say it again..rather have doncic than westbrook or harden

Yeah, so stupid to guard James at the very end.

It was stupid, but its obvious why. He was guarding dwight howard who he sees as no threat. Still stupidity from kleber!

Oh the refs screwing the Mavs what else is new??

Dwight is the one who save the game

Love the no bullshit straight into facts I wanted to know.

Sorry...what are you showing me that we didn't see on our own here? Fucking click bait & horrible pointless video. Good job.

Yo dawg. Where I can buy this "white Kyrie" hoodie its amazing like this vid 😍

He is our god player Luka Dončić

Why they didn't foul before bron got the ball. Thats an easy win.

Doncic was burn to play in the nba...I think he is going to win an MVP before 25yrs

Lebron is going to recruit Luka to Lakers.

hahaha Im happy for you brodie :)

Looking forward to the Mavs Analysis! :)

Dirty ass Lakers, but Mavs deserve to lose from that one guy trying to stop Lebron's 2-pointer. It ain't even NBA finals and he's already blanking out on the score.

Given that the lakers won this show that they just in the level of Dallas or lower, they should have lost this game.

Good Catch. Didn't see the game but looked epic. Great Vid.. Get right to the good stuff. NO 4 PLAY 😆

Dwight is their MVP so far.

Like if you’d buy a Heat Check “White Kyrie” T shirt. Please make this a thing‼️

Trying!! I'm making calls to merch stores. I want it to be quality stuff, I aint after the quick $. Thx for the support tho

White Kyrie, makes another great video this time about white Lebron. The man can ball out!!!

Wow 💥! I didn't see that Howard hold the other player to give Danny green an open shoot ! OMG 😥 Just a G.E.N.I.U.S Steph!😎 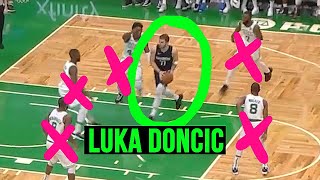 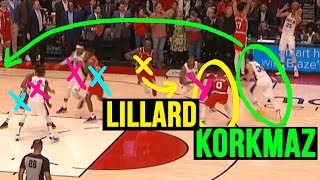 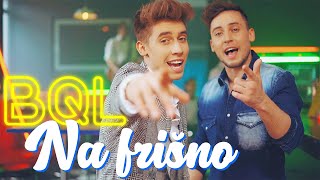 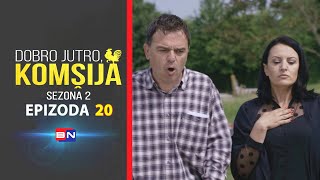 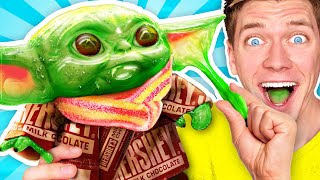 05:06
Harden KNOWS Something About Westbrook That NOBODY Else Does
Ogledi 1,3 mio.

05:46
THIS CHANGED EVERYTHING! 5 NBA Moments That Defined This Decade
Ogledi 119 tis.